When Officers Break the Law 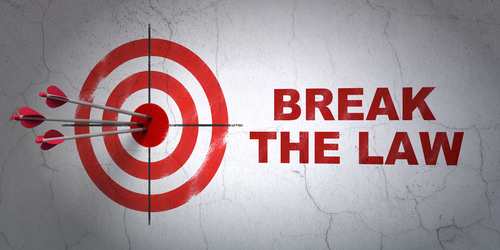 Law enforcement exists to govern the people in their community by efficiently maintaining public order and safety. As enforcers of the law, it is expected that they abide by these rules themselves. However, sometimes that isn't the case. Since the birth of the institution known as the police force, many officers have been caught doing the very crimes they arrest civilians for, sometimes with less repercussions. A new study concludes that one of the most recurring charges that officers are faced with are DUI's.

The study, conducted by Bowling Green State University, was funded by The National Institution of Justice, and it consisted of the arrest cases of officers representative of more than 2,500 local and state law enforcement agencies. They found that about 13% of the cases were DUI's and almost 22% of the cases were serious aggravated assault crimes. The findings also reveal that these arrests occur in a variety of suburban, urban and rural areas.

A D.C. police officer named Arthur Thompson was recently charged with with A DUI while on duty. A civilian on the block he was patrolling called his department to report unusual behavior from Thompson. According to the Metropolitan police department, when the officers arrived they could smell alcohol on him, and the field sobriety test given to him confirmed that he was indeed intoxicated. Citizens in the community expressed their shock that an event like this happened so close to home.

“This is the first time I've heard of anything like this,” said local Morihya Logan. “Considering the fact that there's kids who play around here, anything could have happened while he was on duty, so it's a good thing he was charged.”

Although Thompson was charged, no information on his conviction and how much time he served, if any was released, but officials did say his police powers have been revoked. However, citizens from Post Falls, Idaho are questioning the decisions of the Post falls Police Department after an officer charged with driving impaired served no time.

Officer Brenda Knight was charged with an excessive DUI, meaning her alcohol blood level was over .20 percent, almost three times the legal limit. The authorities found her in a ditch at the scene of an accident. The Post Falls Police Department had no comment on the matter, but citizens are wondering why she has evaded incarceration. Usually, people charged with DUI's are taken straight to jail. The police department replied saying that the deputy's decision to charge her on the spot doesn't minimize the situation in any shape or form.

A DUI conviction in the state of Washington has dire consequences and should not be taken lightly. Your hard earned finances, driving privileges, freedom and future are at stake when have a DUI on your record. Anyone facing these charges has a right to a quality legal defense. If you have been apprehended in Washington, call Coleen St. Clair at St. Clair Law Offices (206) 578-2200 or contact her online.