What You Need to Know About Field Sobriety Tests 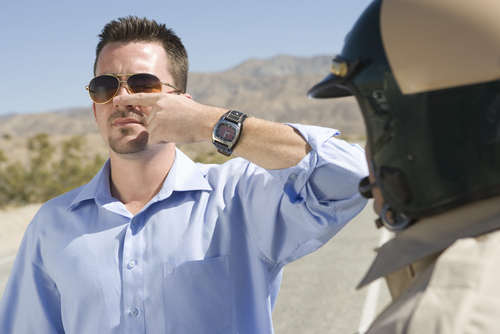 If you are pulled over and charged with driving under the influence (DUI), the arresting police officer must first have reasonable suspicion that a crime was taking place. Any traffic violation, like speeding or a broken taillight, is enough for an officer to pull you over for the purpose of a limited investigation. If you show signs of intoxication, the officer will likely pursue further investigation. Signs of intoxication include red or bloodshot eyes, flushed face, slurred speech, and disorientation. Once the officer observes these signs and suspects you of DUI, the officer will usually carry out a field sobriety test.

What is a Field Sobriety Test?

Field Sobriety Tests are different tests that an officer will administer on the side of the road when you are suspected of driving under the influence of drugs or alcohol. These tests allow an officer to observe balance, physical ability, attention level, ability to follow instructions, or other factors to determine if you are too impaired to drive. The National Highway Traffic and Safety Administration (NHTSA) endorses the Standardized Field Sobriety Test (SFST), which consists of three tests:

An officer could also administer non-standardized field testing, such as reciting the alphabet, counting backward, and closing your eyes and touching your nose with your finger.

Research has shown that the Standardized Field Sobriety Tests identifies alcohol-impaired drivers 90 percent of the time so they are widely used. The NHTSA promulgated these federal standards in 1981, but states are not required to adhere to the federal standard. Some states replicate the NHTSA procedures as closely as possible while other states follow their own procedures. Ohio is the only state that ruled the evidence from field sobriety tests is inherently unreliable. Field sobriety test results are admissible in Washington.

Field sobriety tests are not mandatory under Washington law and you are allowed to decline the tests. This refusal may lead the officer to request other types of testing, like a breathalyzer test or a blood test. Also, refusing to take a field sobriety test may now be used in court against you in Washington.

Any driver arrested for DUI has the right to a quality legal defense. If you have been arrested in Washington State, call Coleen St. Clair -St. Clair Defense at (206) 578-2200 or contact her online.