What Happens if Someone is Seriously Injured or Killed in a DUI Accident? 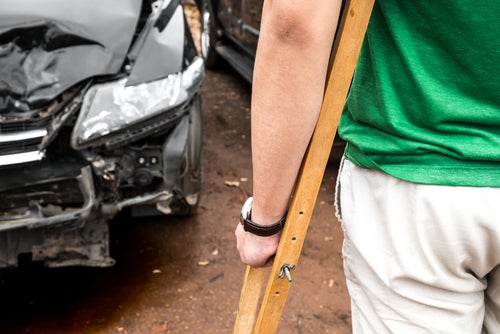 Whenever driving under the influence results in a car accident that causes severe injury or death, there are numerous physical and emotional consequences that are felt by all parties involved. The survivors, the families involved, and the driver will all carry scars of the accident. A driver charged in a DUI accident resulting in severe injury or death will likely experience guilt, sadness, and fear after the incident. The driver will also likely need to rely on family support and an experienced legal defense team because vehicular homicide is a serious crime.

In Washington, the state laws regarding vehicles and human injury are very strict and were passed with the goal of reducing DUI injury and death. There are two laws in the criminal code under which a driver can be charged for serious injury or death caused by driving under the influence: vehicular assault and vehicular homicide. Both of these charges are felonies and come with stiff penalties.

A person is charged with vehicular assault in Washington if he or she causes substantial bodily harm to another person while driving a vehicle. Specifically, RCW 46.61.522 states:

(1) A person is guilty of vehicular assault if he or she operates or drives any vehicle:

(a) In a reckless manner and causes substantial bodily harm to another; or

(b) While under the influence of intoxicating liquor or any drug, as defined by RCW 46.61.502, and causes substantial bodily harm to another; or

(c) With disregard for the safety of others and causes substantial bodily harm to another.

Vehicular assault is a class B felony and is punishable by up to 10 years in state prison, a fine of twenty thousand dollars, or both.

A person is charged with vehicular homicide in Washington if he or she kills someone while driving under the influence or driving recklessly. RCW 46.61.520 states:

(1) When the death of any person ensues within three years as a proximate result of injury proximately caused by the driving of any vehicle by any person, the driver is guilty of vehicular homicide if the driver was operating a motor vehicle:

(a) While under the influence of intoxicating liquor or any drug, as defined by RCW 46.61.502; or

(b) In a reckless manner; or

(c) With disregard for the safety of others.

Vehicular homicide is a class A felony that is punishable by up to life in prison, a fine of fifty thousand dollars, or both. The penalties that come from a vehicular homicide conviction vary widely, depending upon a person's criminal and DUI history as well as any other charges that arise out of the same incident.

Regardless of the circumstances, anyone facing DUI charges has the right to a quality legal defense. If you have been arrested in Washington State, suspected of DUI, call Coleen St. Clair at St. Clair Law Offices (206) 578-2200 or contact her online.