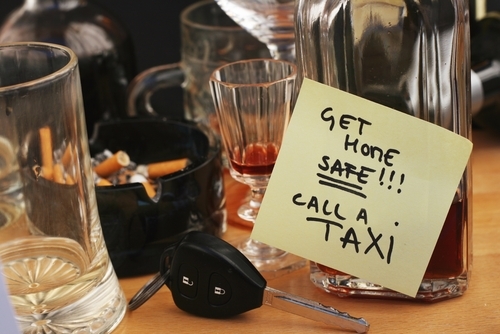 Data compiled by Washington State Patrol officials show that popular South Sound nightclub Jazzbones earned itself a somewhat conspicuous distinction during the period from 2012 through May of 2016. According to statistics gathered by the agency, a greater number of individuals ultimately placed under arrest for driving under the influence of alcohol named the Tacoma venue as the last place they had downed a drink prior to their police stop than any other area establishment. Within the data reporting period, 195 DUI arrest targets stated that their final drink of the evening had in fact been poured at Jazzbones.

The frequency with which patrons of this particular establishment are the subject of DUI arrests has been attributed in part to the fact that Jazzbones offers six, sometimes seven nights of live musical performance each week and regularly boasts the type of acts able to draw crowds from far-flung locales. For many such patrons, the venue is perhaps the last stop of a longer night of bar hopping, making DUI arrests more likely for those leaving the renowned Sixth Street haunt.

The State Patrol gathers statistics on behalf of the state Liquor and Cannabis Board, which in turn works to implement enhanced enforcement practices and improve its server and bar owner education programming. The Board closely examines questions related to overservice violations, criminal conduct and instances of serving alcohol to minors, though “last-drink” self-reporting by those arrested for DUI is never used in and of itself to officially sanction individual establishments or as part of a criminal prosecution.

The majority of bars tend to receive anywhere from three to five spot checks from the Liquor nad Cannabis Board during a given year, but those that have accumulated a troubling tally of DUI arrests linked to them will be singled out for heightened scrutiny. Listed establishments may receive more than 25 checks annually from agents on the lookout for violations and may be subject to temporary closure, costly fines or revocation of liquor licenses.

There can be no doubt about the extreme seriousness of a DUI conviction of any type. To have driven under the influence, legally speaking, one must be found to have operated a vehicle while impaired by alcohol, drugs or a combination thereof. The offending substances may be legal or illegal and can include properly prescribed medications and remedies obtainable over the counter. DUI charges may be lodged when a blood or breath test indicates that a driver has a blood alcohol content of:

The profound consequences of conviction on DUI charges must not be taken lightly. From potentially lengthy terms of incarceration, costly financial sanctions, revocation of driving privileges, job loss and more, the devastating effects of drinking and driving can linger for a lifetime. If you are facing a DUI charge and wish to mount the most vigorous defense possible, contact Seattle attorney Coleen St Clair at St. Clair Law Offices 206-578-2200.