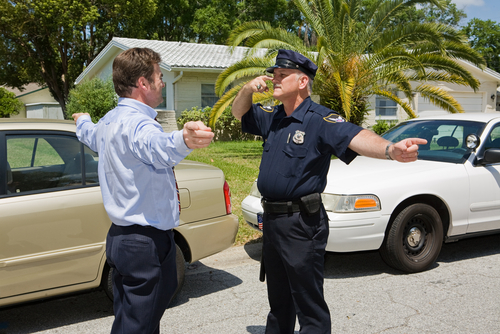 If a motorist suspected of driving under the influence refuses to take a field sobriety test, that refusal can be used against him or her in court, according to a Washington State Supreme Court ruling this month.

The case stems from the 2011 arrest of Mark Tracy Mecham, who was pulled over for an outstanding warrant in King County. The arresting officer suspected Mecham of being under the influence and asked him to take a field sobriety test, which includes walking a straight line and standing on one leg. Mecham refused to take a breath test as well.

At Mecham's trial for driving under the influence, the State introduced Mecham's refusal to perform a field sobriety test as substantive evidence of his guilt. Mecham argued that the State impermissibly penalized him for exercising his constitutional right to refuse consent to a field sobriety test. The trial court denied repeated defense motions to suppress Mecham's refusal to perform the test. The court ruled that even if the field sobriety test amounted to a search, it was justified as probable cause. The court also rejected Mecham's proposed jury instruction that his refusal could not be used as evidence of guilt. The Court of Appeals of Washington affirmed the lower court's decision.

Mecham's conviction was increased to a felony because he had multiple previous convictions.

Mecham appealed to the Supreme Court, on the grounds that a field sobriety test constitute an unreasonable search under the Fourth Amendment of the U.S. Constitution and Article 1, Section 7 of the Washington State Constitution. The Supreme Court justices, in rendering their decision, were divided. They ruled 5-4 that a suspect does not have a constitutional right to refuse a field sobriety test, and the test is not considered a search.

Of the four justices who dissented, two said Mecham's refusal to take the test was incorrectly treated in court as an admission of guilt. The other two justices said since Mecham was already under arrest, the test was a search for evidence and therefore unconstitutional. The dissenting justices said the case should be tried again, according to a report on KING 5 news.

Per the Revised Code of Washington (RCW 46.20.308), any person who operates a motor vehicle within the state is deemed to have given consent for a breath test to determine alcohol concentration if arrested for any offense where, at the time of the arrest, the law enforcement officer has reasonable grounds to believe the person had been driving or was in actual physical control of a motor vehicle while under the influence of intoxicating liquor or any drug.

A charge of driving under the influence should not be taken lightly. Any driver arrested for DUI has the right to a quality legal defense. If you have been arrested in Washington State, call St. Clair Defense at (206) 578-2200 or contact her online.