Washington man’s DUI lands him in prison for 10 years 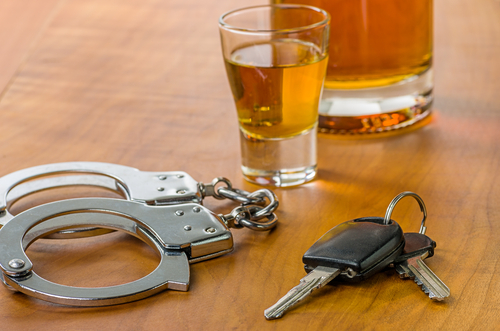 A Seattle-area man who drove under the influence of alcohol and marijuana in early 2015, will be dealing with the consequences of his decisions for years to come. In addition to killing another motorist, the now 22-year-old Robert Malsch compounded his first mistake by going on the run as his trial was about to start.

The Lynnwood man was under the influence when he smashed into a car stopped at a red light, killing the 30-year-old driver. Before the crash, Malsch was seen driving at speeds of between 100 to 120 mph.

After the crash, Malsch could not get his car started again, so he got out and fled on foot. A police dog found him unconscious about 15 minutes later in blackberry bushes in a nearby ravine. He was taken to a hospital for treatment.

Malsch was jailed until he posted a $100,000 bond for his arrest on vehicular homicide, felony hit-and-run and reckless-driving charges.

On the first day of his trial, Malsch arrived 45 minutes late, spoke with his lawyer, then fled the courtroom. He changed his appearance and went on the lam for three weeks until a police officer in Everett recognized him at a convenience store and arrested Malsch.

After he was returned to custody, Malsch waived his right to a trial and pleaded guilty to vehicular homicide, DUI, felony hit-and-run and reckless driving.

Before the fatal crash, Malsch had no criminal history. That might have been taken into consideration and resulted in a lesser sentence had he not skipped out on his trial, a point the judge made in late June when she sentenced Malsch. Though his defense attorney requested a sentence of eight years, which is on the low end of the sentencing range, the judge imposed a sentence of more than 10 years.

The decisions Malsch made before and after the crash will affect him for the next decade and beyond, but even a first-time arrest for driving under the influence when no accident or fatality occurs can have life-changing consequences.

Alcohol and drug-related offenses appear on a motorist's driving record for life, according to the Washington State Department of Licensing. A first conviction can result in a sentence of up to a year in jail, a fine of up to $5,000, and a license suspended for up to two years.

Prior convictions of alcohol violations can result in additional penalties, including lengthy jail sentences plus 150 days of home detention and license suspension or revocation of up to four years. Other possible penalties include:

Additional penalties apply if the driver has a passenger in the vehicle who is younger than 16.

A charge of driving under the influence should not be taken lightly. Any driver arrested for DUI has the right to a quality legal defense. If you have been arrested in Washington State, call Coleen St. Clair at St. Clair Law Offices (206) 578-2200 or contact her online