US Supreme Court: Breath and Blood Tests Are Different Under the 4th Amendment 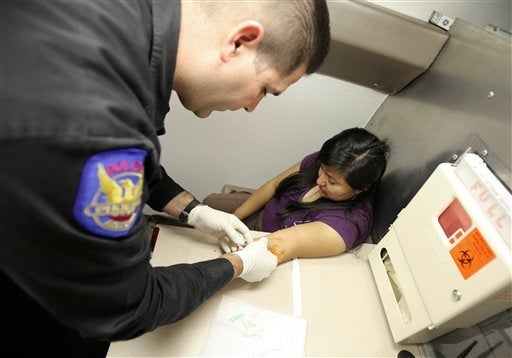 Earlier this year, the United States Supreme Court heard arguments which challenged the administration of warrantless breath and blood tests for drivers who were under investigation for operating under the influence. The cases examined the Constitutionality of conducting a breath and blood test after a DUI arrest without a warrant.

The decision concerned two appeals from North Dakota and one from Minnesota which all involved men who were arrested for driving under the influence and threatened with additional criminal penalties for failing to submit to alcohol testing. All of the men refused to give consent to the tests, yet all three were tested against their will. Two were given a blood test, one was given a breath test, and all three were charged with refusal to submit to the test in addition to driving while intoxicated.

All three appealed their sentence, claiming that a forced alcohol test of the breath and blood without a court order violated their Fourth Amendment rights to be free from unreasonable search and seizures.

When examining a claim under the Fourth Amendment, courts will typically weigh the right an individual has to privacy within the given circumstances, along with the extent to which a challenged statute infringes upon that right. In this case, the Court found that there were significant differences in privacy rights with respect to blood tests and breath tests. The areas in which the two tests were different included the method of extraction and the potential for further investigation.

The blood tests at issue "'require piercing the skin' and extracting a part of the subject's body." The Court found these tests to be "significantly more intrusive than blowing into a tube" and noted that " a blood test . . . places in the hands of law enforcement authorities a sample that can be preserved and from which it is possible to extract information beyond a simple BAC reading." The Court also noted the fact that a blood test takes a significantly longer amount of time than a breath test, which can be completed in a matter of minutes.

However, breath tests, the Court ruled, "are significantly less intrusive than blood tests and in most cases amply serve law enforcement interests". The Court therefore concluded that a breath test, but not a blood test, may be administered as a search incident to a lawful arrest for drunk driving.

Justice Sotomayor was joined by Justice Ginsburg in a partial dissent. She stated that law enforcement officials should be required to obtain a warrant before conducting either type of test and expressed concern over privacy rights after the majority ruling: "I fear that if the Court continues down this road, the Fourth Amendment's warrant requirement will become nothing more than a suggestion."