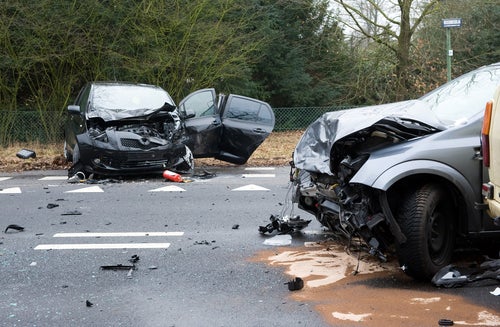 In one incident, a 22-year-old Spokane Valley woman was driving under the influence when she ran a red light and hit an SUV with five occupants, injuring all of them. The intersection was blocked for five hours while Washington State troopers investigated. The drunk driver was charged with DUI and vehicular assault.

In another incident, a 34-year-old Blaine woman was charged with vehicular assault while driving under the influence after she crossed the centerline on State Route 531 and hit another car head-on. The drunk driver and her passenger, who were not wearing seat belts, were taken to a local hospital for treatment along with the driver of the other car. State troopers found open containers of alcohol and drug paraphernalia in the Blaine woman's car.

A person is guilty of vehicular assault if he or she operates any vehicle:

Vehicular assault is a Class B felony punishable by up to 10 years in prison or a $25,000 fine or both.

In Washington, a person is guilty of driving while under the influence of intoxicating liquor, marijuana or any drug if the person drives a vehicle within the state:

Although a driver may have a prescription for the drug they are using, it is not a defense against the charge of DUI.

In all instances, a defendant who is found guilty must have an ignition interlock device installed on their vehicle at their own expense.

A charge of driving under the influence should not be taken lightly. Any driver arrested for DUI has the right to a quality legal defense. If you have been arrested in Washington State, call Coleen St. Clair at St. Clair law offices (206) 578-2200 or contact her online.