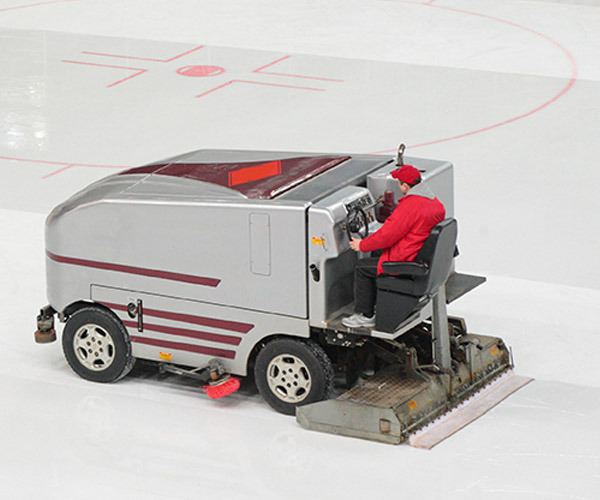 It's Stanley Cup Finals time. While Seattleites do not have the benefit of a local NHL team, plenty of locals are rooting on the Lightning or Blackhawks as they battle it out on the ice. An ice skating rink may seem like the last place you'd find someone driving under the influence of alcohol, but beware the swerving Zamboni driver who's had one too many. Even more surprising, this is more common that you would think.

Just this month, a North Dakota man was convicted of driving a Zamboni drunk at a high school hockey game. Steven James Anderson, 27, was sentenced to 9 days in jail and assessed a $1,500 fine. The Fargo man will also have to undergo a chemical dependency evaluation, and participate in a 24/7 sobriety program.

A Zamboni is a name-brand ice resurfacer known to ice skaters and hockey players as the machine which lays down a layer of clean water which will freeze on the ice to form a smooth surface. With a low top speed, and half a dozen lever, the machine is not too complicated to operate. With walls surrounding the ice rink and no ice skaters out when the Zamboni is in operation, the ice machine is not much of a danger to others.

During a girls hockey game, a witness complained that the Zamboni driver was driving erratically, and occasionally crashed into the walls around the rink. The high school principal, said that he knew something wasn't right, and called the police between the first and second periods. When police intervened and arrested the man on suspicion of DUI, his blood alcohol content was reported to be 0.314 nearly four times the legal limit for operating a motor vehicle.

As part of Anderson's defense, his lawyers argued that a Zamboni is not considered a vehicle under the state's motor vehicle laws. Judge Dawson disagreed and found that the state law is written to include vehicles such as a Zamboni. However, in 2007, a New Jersey judge disagreed, finding the ice machine was not a motor vehicle because it cannot drive on highways and doesn't carry passengers.

Lest you think this was an isolated incident, it has happened before. A few years ago in Minnesota, hockey players and spectators watched as the Zamboni weaved across the ice, crashing hard into the walls. The hockey coach eventually called 911, and 34-year-old Joel Buss, with three prior DUI convictions, was arrested for driving while intoxicated.

In 2008, a woman was charged with impaired driving after erratically driving a Zamboni, hitting the walls, and eventually falling asleep at the wheel. An off-duty sergeant of the Kingsville, Ontario Provincial Police department knew something was up, and made a call to his department, requesting assistance. The flask of vodka in her front pants pocket did not help her case.

Similar incidents have occurred in Oklahoma, Calgary and New Jersey, maybe Washington will be the next state to witness a Zamboni DUI. If you have been arrested for a DUI on a Zamboni, or any other vehicle in Seattle, you do not have to plead guilty. Before admitting guilt to driving under the influence, make sure you understand the consequences and what defenses you may have available. Contact St. Clair law offices at (206) 578-2200, and we will help you to fight your DUI charges so you can keep your license, and keep a clean record.