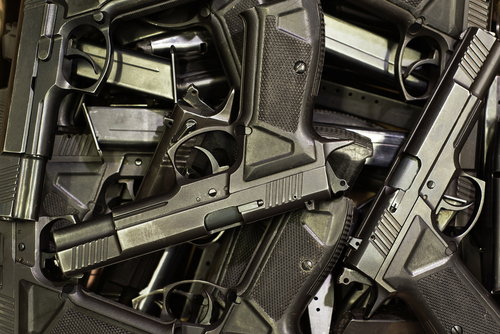 Writing for the majority, Justice Elena Kagan stated Congress enacted the gun law 20 years ago to close a loophole and prevent anyone convicted of committing domestic abuse from possessing guns. Had the law excluded misdemeanors it would "substantially undermine” the law. The majority of the justices rejected arguments that the law covers only intentional or knowing acts of abuse and not those committed recklessly.

The case involved two men from Maine. Stephen Voisine and William Armstrong III argued their guilty pleas for abusing their live-in partners should not disqualify them from owning firearms.

In 2004, Voisine pleaded guilty to assault after slapping his girlfriend in the face while he was intoxicated. Voisine had a history of domestic violence and had violated a restraining order. In 2009 he killed a bald eagle and was sentenced to a year in prison. During the investigation, law enforcement officials discovered Voisine owned a rifle and he was charged with violating the federal law.

Armstrong pleaded guilty in 2008 to assaulting his wife. While searching Armstrong's home as part of a narcotics investigation a few years later, law enforcement officers discovered six guns and a large quantity of ammunition. He, too, was charged with violating the federal law and he was sentenced to three years probation.

The justices heard arguments in the case last February. The case elicited an unexpected reaction from Justice Thomas. It was the first time in a decade he asked any questions during arguments in a case. He was concerned that a misdemeanor conviction could deprive a person of his or her constitutional right to own firearms. In the dissenting opinion that he wrote on behalf of himself and Justice Sotomayor, Thomas posited: "Under the majority's reading, a single conviction under a state assault statute for recklessly causing an injury to a family member — such as by texting while driving — can now trigger a lifetime ban on gun ownership. We treat no other constitutional right so cavalierly."

Anyone facing charges of domestic violence, should have an experienced criminal defense attorney. If you have been arrested in Washington State, call Coleen St. Clair at St. Clair Law Offices (206) 578-2200 or contact her online.