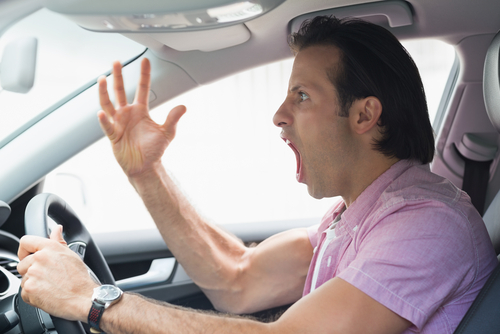 As seasonal temperatures rise, normally-even tempers sometimes flare. If anger gets the better of a driver, it can turn to road rage in an instant and that can result in injury or death.

In just the last two months, media reports of road rage span coast-to-coast. Washington State is no exception. Even law enforcement officers are not immune to losing their cool behind the wheel.

According to the Washington State Patrol, road rage is described as "an assault with a motor vehicle or other dangerous weapon by the operator or passenger(s) of one motor vehicle on the operator or passenger(s) of another motor vehicle caused by an incident that occurred on a roadway.” Whereas aggressive driving is “"the commission of two or more moving violations that is likely to endanger other persons or property, or any single intentional violation that requires a defensive reaction of another driver."

Aggressive driving, according to the State Patrol, includes:

Washington does not have an aggressive driving law, however motorists can be charged with reckless driving. Though it is a misdemeanor, the penalty can be severe. According to the Revised Code of Washington (RCW 46.61.500): “Any person who drives any vehicle in willful or wanton disregard for the safety of persons or property is guilty of reckless driving.”

Reckless driving is a gross misdemeanor in Washington State, punishable by up to a year in jail and a fine of up to $5,000. If an angry driver causes injury or death, the punishments can increase to years prisons and thousands more in court fees and fines.

Any driver arrested for reckless driving has the right to a quality legal defense. If you have been arrested in Washington State, call St. Clair Law Offices at (206) 578-2200 or contact her online.