President Obama Grants Clemency to 231 Prisoners; Deemed the Largest Amount of Clemencies in a Day 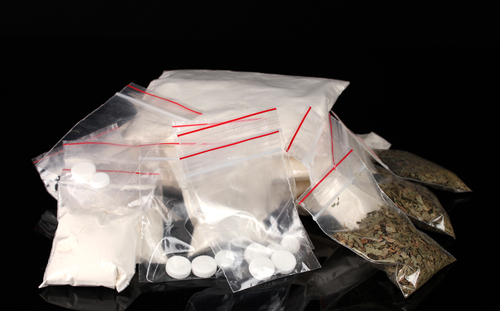 President Barack Obama made headlines when he granted clemency to 231 convicted individuals in prisons last month.

The clemency consisted of 78 pardons and 153 commutations of sentences, making the action the largest number of issued clemencies announced on a single day. These sentence reductions tallied his total number of acts of this nature up to 1,324, which is more than 11 of his presidential predecessors combined. He reduced several prisoners life sentences to lesser terms, targeting those convicted of non-violent crimes and those with drug offenses who've been sentenced unreasonably harsh penalties.

For decades, the implementation of stricter drug policies alongside the push for a more “drug-focused” law enforcement has produced disproportionate rates in the arrests of African Americans and Latinos. Numerous studies have shown that the widespread presence of drug trafficking and usage are consistent amongst most racial demographics. However, people of color have an increased likelihood of being stopped, apprehended, tried and convicted for drug offenses as opposed to whites. These disparities stem from the ongoing criminalization of minorities, which has led to an abundant presence of law enforcement in urban, low-income areas, as well as communities of color.

Mr. Obama's focus on drug-related penalties is an attempt to reverse this phenomenon, and hopefully start a trend for those after him to follow. A large amount of commutations were enforced due to the fact that they don't completely eliminate a prisoner's liability for committing a crime or bestow their rights (such as the right to vote), like pardons do. In turn, commuted penalties grant convicted persons access to drug treatment, educational programs, and vocational technology programs while serving their sentence. One of the prisoners granted of a commutation was Anthony DeWayne Gillis from Virginia. He was sentenced to 145 years in prison for the possession of cocaine, making false statements and having a firearm in “furtherance of drug trafficking.” The president's commutation reduced his sentence to 20 years.

The publicity garnered from the president's desire to use his power to grant clemency caused more than 30,000 convicts to apply for relief. Many advocacy groups like the American Bar Association and the American Civil Liberties Union collaborated to form the Clemency Project to screen applicants. If a prisoner doesn't have a “qualifying feature,” which would be a violent crime, they would be assigned to a lawyer to aid in getting them a clemency petition. Other guidelines for the petition include having served at least 10 years of their sentence, having demonstrated good conduct in prison, and no history of violence prior to their current term of incarceration.

The president commented on his decisions saying that it was “another step forward in upholding our ideals of justice and fairness.” He commented on the state of the the justice system saying “if we can show at the federal level that we can be smart on crime, more cost effective, more just, more proportionate, then we can set a trend for the other states to follow as well. And that's our hope.”

If you or someone you know has been apprehended in Washington for a drug offense, you deserve a quality defense. Call Coleen St. Clair at St. Clair Law Offices (206) 578-2200 or contact her online.