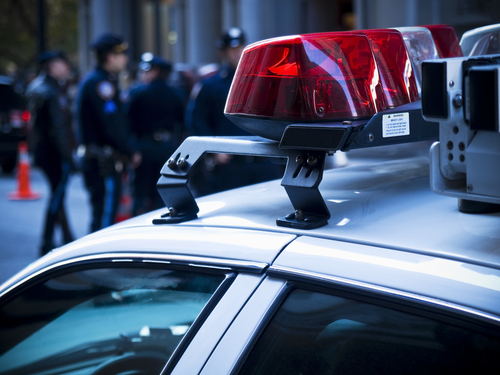 Most police officers take their responsibility to get DUI drivers off the road very seriously. Sometimes, though, there are law enforcement officers that may ignore someone's drinking and driving offense. In those situations, the officers will face their own legal troubles once authorities discover their actions. Two Los Angeles police officers were recently charged for covering up a crash involving a drunk driver and filing a false police report.

The Los Angeles Times reported that Officers Rene Ponce and Irene Gomez were each charged with a felony count of filing a false police and conspiracy to commit an act injurious to the public. The case against the officers stems from an incident that occurred nearly two years ago on the night of October 26, 2014. The two officers were out on patrol when an intoxicated driver smashed into two parked cars on a neighborhood street. When the driver tried to flee, neighbors awakened by the crash chased the driver down and held him until the officers arrived.

When Officers Ponce and Gomez arrived on the scene they handcuffed the driver and put him in the back seat of their police car, holding him there for about 90 minutes. The officers did not conduct a drunk driving investigation. Instead, the officers drove the man home and told him to sleep. In the police report that was filed, the officers wrote that the driver had fled the scene.

Both officers have denied the charges. The attorney for Officer Gomez stated that both officers carried out the standard protocol for a hit-and-run case, including impounding the driver's car. If the officers are convicted, they will both face up to three years in jail. Gomez and Ponce are set to appear in court October 11, 2016.

The unnamed driver in the incident could have faced serious penalties for a hit and run incident and driving under the influence. In Washington, any driver that is charged with a DUI in combination with a hit and run can be given enhanced penalties, meaning the property damage from the hit and run could be used to enhance the minimum penalties on the DUI conviction. A hit and run is a misdemeanor and is punishable by up to 90 days in jail, a fine of up to $1,000, or both. A DUI is a gross misdemeanor and is punishable by up to a year in jail, a fine of $5,000, or both.

Anyone facing charges of driving under the influence has the right to a quality legal defense. If you have been arrested in Washington State, call Coleen St. Clair -St. Clair Law Offices at (206) 578-2200 or contact her online.