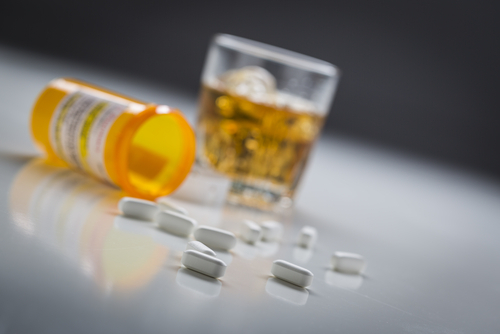 A recent DUI that occurred in New Jersey resulted in the conviction of a Philadelphia area nun. Sister Kimberly Miller faced DUI charges after driving erratically through Washington Township, New Jersey, and eventually backing into and breaking the glass doors of a local auto shop. Miller was eventually pulled over, and allegedly tested at .16% blood-alcohol content, twice the legal limit in New Jersey. Miller, however, claims she has no knowledge of any of these actions, and instead simply woke up handcuffed in Washington Township's police station. In her blacked out state, she had driven about 20 miles from her convent, St. Veronica's in Philadelphia. She faced criminal charges of driving under the influence, reckless driving, and fleeing the scene of an accident.

Miller, facing a number of charges, decided to testify on her own accord. She testified that before going to bed, she had a glass of wine and an Ambien, a popular sleeping medication...that has incredibly impairing effects when mixed with alcohol.

Miller also claimed that she sleepwalks and has a dissociative disorder, believing that the combination of sleepwalking, along with the mixing of the sleeping pill and wine caused her to commit these acts. One of the news stories on Miller's case reports that the "Ambien defense" has been used in cases before for about a decade with a moderate degree of success. One of these cases was in 2009 when another woman's conviction was overturned by a judge, who found that she had no way of knowing that operating a vehicle in one's sleep could have been a side effect. However, this was not Miller's only defense. An often-used predatory tactic by police officers looking for DUI arrests is the immediate administration of a blood-alcohol test. In New Jersey, the law requires the officer provide at least 20 minutes of field testing or dialogue before administering a blood-alcohol test to a suspect. Miller's attorney was able to have the results of her breath test thrown out of the official record.

Washington State laws do not offer the same 20-minute courtesy to DUI suspects; however, if you are stopped for a DUI you may decline only the field tests, on the premise that you believe they are subjective. Be aware that under RCW 46.20.308, every licensed driver in Washington State has an "implied consent" to a chemical blood-alcohol content test, such as a breathalyzer.

In spite of the defenses brought by her attorney, Miller was ultimately convicted. She was sentenced to a 90-day license suspension, a fine of $257 and a 12-hour road course specifically for DUI offenders. Outside of the legal verdict, Miller's status with the Catholic church is being placed under review, and she is currently on administrative leave from her job as a Catholic school teacher.

In Washington state, a DUI can be based on Alcohol or drugs, including drugs legally prescribed for you. If you have been arrested for a DUI charge involving alcohol or drugs call St. Clair Law Offices today. We can help.