New York May See The "Textalyzer" In Use 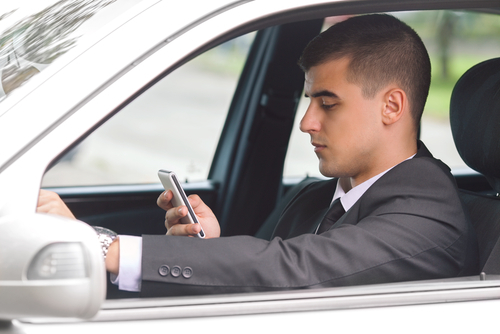 Law enforcement officers always have many ways of testing a driver for traces of alcohol, and even sometimes THC. The most typically cited method of testing blood alcohol content is the breathalyzer. However, due to the recent surge of vehicle accidents related to texting while on the road, lawmakers are considering new ways to take both preventative AND punitive measures to curb texting while driving. One of these measures makes use of a device that can be liked to a breathalyzer, that has been dubbed the "textalyzer." New York state law makers in particular are considering a bill that could greatly affect the way law enforcement can gather evidence and also prosecute distracted drivers; and this bill could take particularly greedy liberties with a person's phone.

The bill proposed is known as "Evan's Law," named for the tragic death of Evan Lieberman after an unfortunate accident involving a distracted driver. Evan's father began a campaign for tougher sentencing of distracted drivers. Evan's Law would force drivers that are pulled over to surrender their phones for police examination. The officer conducting the stop would then administer a test, similar to a breath test, but to the driver's phone. The bill also includes a rule similar to "implied consent" in a DUI stop. If suspected distracted drivers were to refuse to hand over their phones to be tested by the device, they could lose their licenses for certain periods of time.

A Debate Of Constitutionality

The bill itself seems particularly harsh, especially when many states do not specifically define or criminalize distracted driving beyond traffic offenses. Not only does the bill propose to criminalize distracted driving the way a DUI is criminalized, but it even offers a controversial method for testing to a driver's phone. The "textalyzer" device is meant just to see if a phone has been used recently, however, the company responsible for the device, Cellebrite, has recently made headlines with its device used to scan the phone of an FBI suspect for information. A similar device would be employed by law enforcement that supposedly only scans the phone for active use within a certain time period. Privacy advocates are likely to meet this with heavy resistance, as this seems to be a large overstepping of boundaries, especially considering the Supreme Court ruling stating that phone searches require a warrant. The very act of an officer searching a person's phone, even for usage data, may require a warrant. Because of this, the law may not come to fruition, though it was initially received favorably in New York's Senate.

Some have argued that unlike a person under the influence of drugs or alcohol, evidence of a test being sent from a phone has no expiration date. This being the case, is there a real reason that a textalyzer needs to exist? This is for law makers to decide.