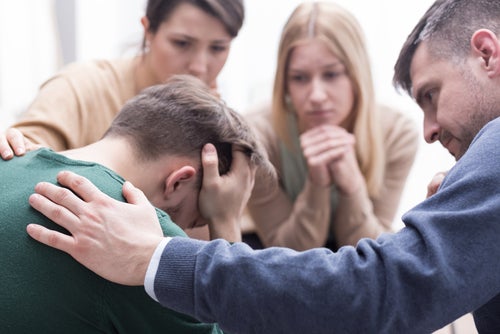 When an individual under the age of 18 has been apprehended for allegedly committing a crime, their whole future is at stake. Depending on the nature of the crime, a conviction can create limitations that stifle their eligibility for government aid and hinder potential job prospects. If charged as a sex offender, they will have to adhere to strict residency requirements and be registered in an online database for all to see; consequences that far exceed their time of being a minor. Such serious repercussions should motivate law enforcement and investigators to be 100% sure that the child committed the crime before sentencing them, even with a confession.

Most people think that once a confession has been given, the case is closed. They assume there's nothing more to prove when the suspect actually admits to being guilty. But many cases and a multitude of studies say otherwise, especially in cases involving minors. A recent report released by the Innocence Project stated that about 38% of exonerations for crimes allegedly committed by minors involved false confessions. These alarming statistics pose concerns regarding what's going on in the interrogation room, and why false confessions from juveniles are occurring so often.

Researchers who've dedicated their time to studying this phenomenon say it has a lot to do with how minors respond to authority. They may create a fictitious statement because they think that's what the investigator wants to hear. Analysts also credit the confessions to a minor's incapability of understanding the long-term consequences of a conviction. When undergoing an interrogation (which can be incredibly terrifying and intimidating for a child), they may be merely interested in short-term gratification. Which means, in their mind, confessing to a crime they didn't commit results in them being able to escape the situation; An outcome that most adults know is unlikely. Many investigators will use a child's vulnerability as an easy way to garner a confession, even if it's untrue.

These circumstances were present in the infamous case involving Brendan Dassey - a Wisconsin teen who was sentenced to mandatory life in prison for the murder and sexual assault of a woman. Dassey's lawyers asserted that the 16-year-old was tricked into admitting how he raped, tortured, murdered, and mutilated the corpse of Teresa Halbach after a grueling four hour interrogation. Just last year, his conviction was overturned on the basis that the confession was unconstitutionally coerced. Dassey, whose IQ is below 70, had no defense lawyer present throughout the whole ordeal.

Research and cases like Dassey's has created the opportunity to address the need for reform in policies regarding young suspects. Over 20 states require the recording of custodial interrogations through court action or law; Washington is not one of these states. Which is all the more reason to hire legal representation as soon as possible.

If your child has been apprehended or charged with a criminal offense, they have a right to a quality legal defense. Call seasoned juvenile defense attorney Coleen St. Clair at St. Clair Law Offices at (206) 578-2200 or contact her online.