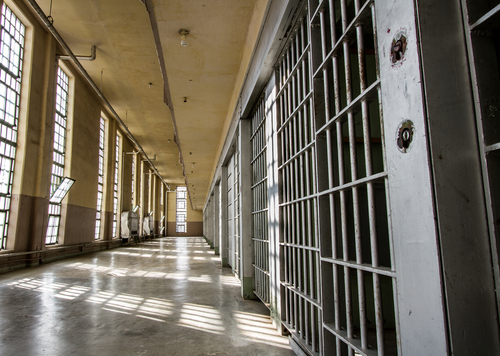 There are certain charges that one can face or be convicted of that carry a stigma. A domestic violence offense is one of them. Oftentimes, people envision someone who has been accused of this type of crime as short-tempered, erratic and out of control, even before they get a chance to a fair trial. These societal attitudes have the ability to taint or completely ruin a person's reputation, even if they have been falsely accused. If a jury believes the fake claims conjured up by the accuser, it could drastically affect the accused individual's future. This was the case for Nashville native Robert Polk, who was put in prison for two years over false allegations that he threatened his wife with a gun.

Polk has committed crimes in the past. He had multiple run ins with law enforcement for fleeing the cops and for drug trafficking, which led him to being put on parole. But one thing he did not do is put a gun to his wife's head. When she lied about the incident, no questions were asked before the 33-year-old's parole was revoked and he was tossed in a Tennessee prison. Despite continuous efforts to prove his innocence, people refused to believe his side of the story due to his prior criminal history.

After spending one year behind bars, things were seemingly starting to looking up. His wife had admitted to the false allegations and she was convicted of perjury. As a result, the charges against him were dropped. But Polk still remained in prison for another year.

It wasn't until a Nashville prosecutor notified the Tennessee Board of Parole about Polk's wife's conviction and his dropped charges, that the board began a review. In November he was granted an appeal that was heard about a week later. Board members voted to reinstate his parole and release Polk from prison just one day before Thanksgiving. Had this not happened, his next opportunity for release would have been in January 2018.

The fact that it took a whole year for the appeal to be heard has outraged both lawmakers and those who knew about Polk's case. New legislation is now being proposed to ensure a similar situation doesn't occur again.

Also, the unwarranted sentence cost citizens of Tennessee and Polk valuable time and money. Taxpayers paid $54,000 to keep him in prison, while Polk lost his job doing electrical work and was separated from his small children for two years. He now lives with his sister and is visiting staffing agencies to find work.

“After I get all this squared away, hopefully I get my job, get my kids back, and hopefully, I can open a door for other people that's in the situation I'm in,” he said.

According to data collected by an interest group, there are a massive amount of people who find themselves in situations just like Polk. The study found that 700,000 people are wrongfully arrested for domestic violence encounters each year.

A domestic violence charge in the state of Washington can result in serious repercussions. You have a right to a quality legal defense. If you have been apprehended in Washington, call Coleen St. Clair at St. Clair Law Offices (206) 578-2200 or contact her online.