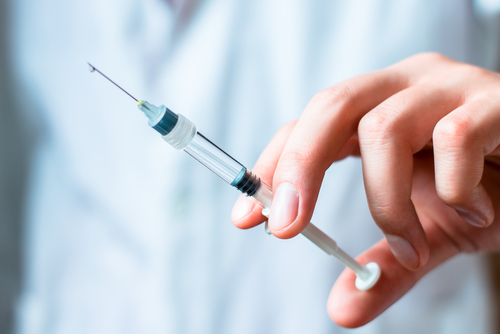 Officials in Seattle and King County are contemplating initiating the first supervised drug-injection site in the United States.

The site is projected to provide around-the-clock supervision for drug abusers who smoke and inject hard illegal substances to impede the trend of heroin-related overdoses in King County. Nurses would be responsible for administering sterile supplies (needles, syringes, alcohol swabs etc.), and preparing for potential upcoming overdoses with naloxone - a drug used to reverse the effect of opioids. The idea, inspired by a site in Vancouver, was proposed in September by a local task force that aims to keep drug overdoses at a minimum. Seattle Mayor Ed Murray visited the site to get the gist of how it functions, and witness the effect it's had on the city.

Statistics found that Vancouver's drug-injection center, Insite, has greatly contributed to the declining quantity of drug-related deaths in the area, claiming to reverse over 2,000 overdoses with no fatalities since its opening in 2003. Maintaining a secure and non-judgmental atmosphere where clients trust staffers has been the key to the organization's survival. Along with the support of the city, which grants the site a whopping $3 million a year. Epidemiologists say that the very existence of these sites redefine the stigma associated with drug addiction and creates an open and honest conversation about health and safety. The site is paired with a drug treatment center in hopes of attaining its main goal: keep drug users alive long enough to recover from their addiction.

As expected, the idea of creating a drug-injection site has been vigorously contested. The Conservative Canadian government leadership and its supporters flagrantly opposed the center, and demanded that the program be discontinued. Their reasoning being that that the center harms drug users more than it helps them because they're being enabled to use. However, people who regularly visit Insite say that the center has been their saving grace. One client`s addiction to heroin and crystal meth had been the center of eight overdoses and numerous rehabilitation attempts. He once was a successful professional and had a flourishing relationship with his wife and children, but drug addiction and alcoholism stripped those things from him. He credits the center for keeping him alive. He credits the center for his entry and success in rehabilitation.

Officials in King County expect some friction from the public, but they're staying optimistic. In the proposal, the county would establish two centers labeled Community Health Engagement Locations (CHEL). Members of King County's Heroin and Prescription Opiate Addiction task force also plan that the centers are integrated with education, health care and long-term treatment programs. No specific locations for the prospective sites have been announced yet, but the task force has determined it could be operated under the jurisdiction of public health.

A drug charge in the state of Washington can result in serious repercussions. Your hard earned finances, driving privileges, freedom and future are at stake when have a drug offense on your record. Anyone facing these charges has a right to a quality legal defense. If you have been apprehended in Washington, call Coleen St. Clair at St. Clair Law Offices (206) 578-2200 or contact her online.