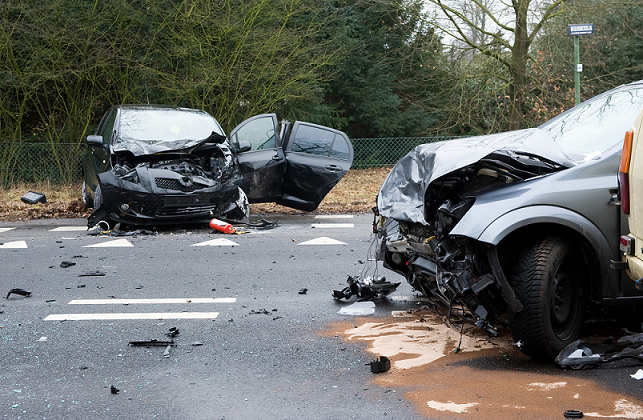 Summer vacation for most of the area's high school students is less than two weeks away. But before they hit the road on vacation, some high school students were given a graphic reminder to drive sober. Last month, Monroe High School, in Snohomish County hosted a mock crash to show students the dangers of impaired driving.

Just in time for prom, the Monroe DUI reenactment featured their student cast dressed in dresses and tuxedos for the formal dance. But the scene was far from festive. The scene featured two wrecked vehicles, positioned to look like a car crash. Six students were in the car, sustaining pretend injuries complete with fake blood. One of the students played the role of a fatally injured occupant. The whole scenario was narrated as the students acted out the crash scene.

The Washington State Patrol, Monroe Police Department, Snohomish County Fire District, and Airlift Northwest also participated in the mock accident, responding as if it were a real accident. Passengers were attended to by paramedics and EMTs, and loaded onto an airlift helicopter. Meanwhile, law enforcement questioned the driver, and had him submit to field sobriety testing before placing him under mock-arrest.

Students were then presented with speakers, including Diane Dillon, whose sister died in an alcohol-related car accident. Kyle Bailey, the student who portrayed the drunk driver, identified the goals of the presentation. “If we just change one person's mind at the assembly to not drink that night, this assembly was a success,” said Bailey.

Mock DUI crashes are commonly presented to students across the country. One campaign called Prom Promise, encourages students to sign a pact avowing that they will not drink and drive on prom night. Another program, Every 15 Minutes, provides similar realistic DUI traffic collision experiences, to provide a first hand look of what can happen when students drink and drive, or text while driving. It is a full two-day program, where the students involved don't show up to class the next day, have their obituaries read in class, and include a mock funeral.

Prom Promise was a program started by Nationwide Insurance and Mothers Against Drunk Driving (MADD) to help stop underage drinking, by focusing their reenactment on prom night, a popular event which can include underage alcohol consumption. According to the National Highway Traffic Safety Administration (NHTSA), statistics indicate that alcohol-related peer pressure is strongest at prom time, in part due to a number of parties in a short period of time.

It is unclear how many students decide not to drink and drive because of these reenactments, but the realistic portrayal of a deadly accident may be a powerful reminder to young drivers that Washington State has a zero-tolerance policy towards underage drinking and driving.

If you or your high school student have been arrested for a DUI in the Seattle area, you need to make sure you understand all consequences that come with a DUI conviction. Contact me at the law office of Coleen St. Clair at (206) 578-2200.