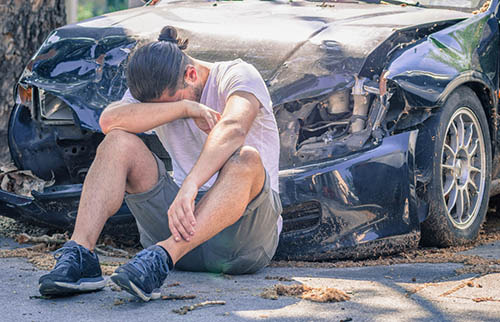 Any car accident resulting in an injury is a tragic event. When a driver charged with a DUI is involved in an accident, they may face additional penalties associated with an aggravated DUI. Over the weekend, one driver may be facing such charges related to slamming his car into a stopped Washington State Patrol car on I-90.

On Friday, May 29th, a Washington State Patrol sergeant was sitting in his official vehicle, pulled over during a traffic stop on Interstate 90 near Mercer Island. A witness reported a Subaru WRX STI, travelling at a high rate of speed, slamming on the brakes, and losing control of the vehicle which crashed into the trooper's vehicle.

The incident, which occurred just east of the Mount Baker Tunnel, left the trooper trapped on the driver side, and he had to exit the passenger side of the vehicle. The driver reportedly exited the vehicle, stating he was sorry, and made some claim about someone tailgating him. The driver's car then caught fire. The fire was put out shortly, but not before doing extensive damage to the vehicle. A Twitter post by Trooper Chris Webb showed what looked like a nearly totalled vehicle, accompanied by the post, “Here's what's left of the causing vehicle on WB [email protected] West Mercer. DON'T DRINK AND DRIVE!”

According to Trooper Webb, the sergeant involved in the accident, who has not yet been identified, suffered minor injuries to his neck and back. A witness to the accident, said the trooper seemed to be okay, walking around, but was transported by medics to the hospital. The other driver, who was seen performing field sobriety tests after the crash, was arrested on suspicion of driving under the influence. There is no report on any injuries suffered by the driver. The incident is still being investigated.

This was the first of two incidents where a trooper's vehicle was hit by a driver while stopped on the side of the road this weekend. On early Sunday, another WSP trooper was hit from behind while stopped on the side of I-5. The trooper was waiting for a tow truck to take away a car involved in an earlier DUI arrest, when she was hit by a driver, who did not appear to be impaired, but was driving without a valid driver's license. State law requires drivers to move over to the next lane or reduce speed when an emergency vehicle is on the side of the road.

Drivers charged with a DUI who are involved in an accident may face aggravated DUI penalties. Aggravating factors for a DUI include accidents involving injuries, having a child aged 16 or under in the car at the time, or prior DUI charges. While aggravated DUI is not a separate charge, this may be taken into account when the judge issues a DUI sentence.

If you have been involved in an accident and charged with driving under the influence anywhere in the Seattle area, you may be facing aggravated DUI charges. A conviction can result in fines, fees, and even jail time. Before you decide to plead guilty to a DUI, make sure you understand all your options, and all the defenses you have available. Contact me at the law office of Coleen St. Clair at (206) 578-2200.