Did You Know that You Can Get a DUI on Private Property? 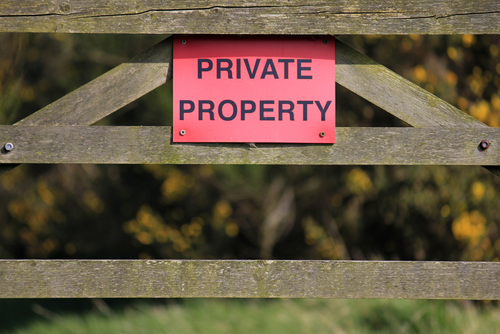 The West Virginia Supreme Court ruled that a person can be arrested, convicted of driving under the influence, and have their license revoked even if he or she is driving on private property. The decision comes from an incident in 2012 when Joshua Beckett crashed an ATV on his family's farm. Beckett was taken to the hospital following the crash and was found to have a blood-alcohol content of .17 percent. He was charged with driving under the influence.

Beckett's case was initially dismissed by a magistrate, and then an administrative judge upheld the 45-day revocation of Beckett's driver's license. Beckett's case was appealed twice more before coming before the West Virginia Supreme Court. The court ruled that the DUI laws of West Virginia apply to every physical boundary of the state based on the Legislature's definition of “in this State” and the intent to prohibit an intoxicated person from driving a vehicle anywhere in the state. The court also ruled that that anyone driving under the influence on private property can have their driver's license revoked.

Just like West Virginia, Washington is a state where you can be charged with a DUI on private property. Private property includes locations like parking lots, beaches, parks, and your own driveway. Washington law specifies “a person is guilty of driving while under the influence of intoxicating liquor, marijuana, or any drug if the person drives a vehicle within this state.” The law was further defined to apply “upon all highways and elsewhere throughout the state.” In the case Edmonds v. Ostby, the Court of Appeals of Washington ruled that “elsewhere throughout the state” applied to both public and private property. In that case, Richard Ostby was convicted of DUI after falling asleep in his car in the parking lot of an apartment complex.

Anyone facing charges of driving under the influence, whether on public or private property, has the right to a quality legal defense. If you have been arrested in Washington State, suspected of DUI, call Coleen St. Clair at St. Clair Law Offices (206) 578-2200 or contact her online.