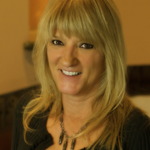 Ms. St. Clair graduated from the University of Wyoming, in 1984, with a Bachelors degree in Administration of Justice and Psychology. She graduated with honors, and after having achieved the outstanding student of the year in Administration of Justice. She worked as an intern for the Wyoming State Senate for 2 years. She attended the University of Oregon School of Law, where she graduated in 1987 in the top 10% of her class.

She has handled tens of thousands of preliminary hearings, successfully handled and negotiated tens of thousands of misdemeanor and felony cases, and adjudicated matters in Juvenile court where she handled the serious habitual offenders. She worked in specialized units for violent crimes, drug crimes, sex crimes, non-violent crimes, juvenile crimes, DUI and Domestic violence. She has taken hundreds of cases, both misdemeanor and felony, to jury trial, achieving outstanding results. Coleen represents clients throughout the Puget Sound region in both State and Federal Court, in all types of criminal matters.

Examples of cases Ms. St. Clair has tried before a jury: