Bicycling While Intoxicated Is Unwise, But Not Illegal in Washington State 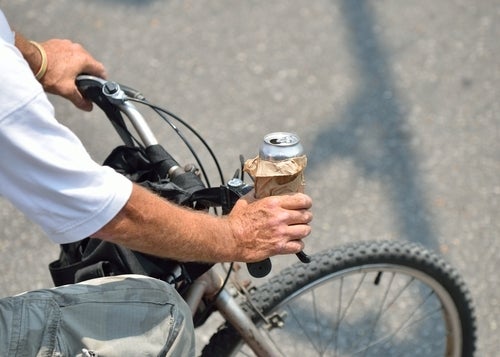 Washington, consistently, is named the number one bike friendly state by the League of American Bicyclists. Hardcore cyclists peddle year-round and in the summer months, even more, riders hit the streets. Some riders might think of bicycling as a safe alternative to driving a car when they leave a bar or a barbecue after having a few drinks. But they too can be pulled over if they are bicycling under the influence.

Bicyclist fatalities begin going up in summer and peak in August, according to the Insurance Institute for Highway Safety. The highest number of deaths occur after 3 p.m., and 21 percent of the bicyclists killed nationally in 2014 had a blood alcohol content of at least 0.08 percent. National Highway Traffic Safety Administration statistics from 2012 show Washington ranked 18th among all states for bicyclist fatalities. Bicyclist deaths were highest in California, Florida, and Texas.

“A bicyclist's risk of a crash begins to increase significantly at 0.05 percent BAC and climbs rapidly after about 0.08 percent,” according to BikePortland.org. “One study showed BAC over 0.10 percent increased injury risk tenfold.”

Most states, including Washington, do not have laws against bicycling while intoxicated. However, if a rider breaks laws, such as running a red light, while under the influence they can be ticketed for a traffic infraction.

Though bicycling under the influence is not illegal in Washington, there is a statute for intoxicated bicyclists. Per the Revised Code of Washington State (RWC 46.61.790), a police officer can offer a ride to a bicyclist who appears to be under the influence. The officer can take the rider to a safe place or release the rider to the custody of a “competent person.” The bicyclist has the right to refuse transportation, but the officer can impound the bicycle “to reduce a threat to public safety.” The rider can reclaim the bicycle at no cost.

The legislation was created after a 1995 appeals court decision that held Washington State's DUI law was meant to apply only to motor vehicles. “This law does not give cyclists a free pass, or turn the police into their taxi service,” according to The League of American Bicyclist, “but rather provides for a way to get intoxicated cyclists and pedestrians away from streets where they may be in danger without invoking harsh penalties meant for intoxicated drivers or more general laws related to the disruption that may be caused by an intoxicated person in public.”

Regardless of the circumstances, anyone facing charges of driving under the influence, has the right to a quality legal defense. If you have been arrested in Washington State, suspected of DUI, call St. Clair Law Offices at (206) 578-2200 or contact her online.