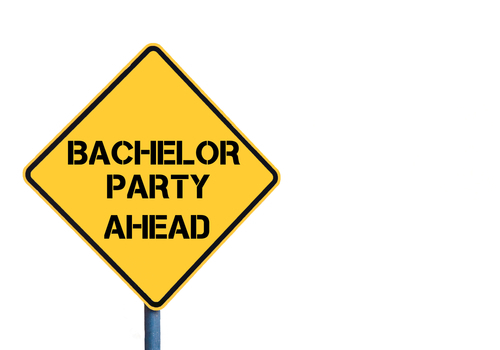 A backwoods bachelor party gone awry ended with an arraignment instead of a wedding.

Although it was not intended to be a shotgun wedding, a Tacoma, Washington -area man decided to celebrate the night before his July nuptials by going shooting. That lapse in judgement left a teen reveler blind in one eye.

The 39-year-old groom was celebrating his last night of bachelorhood with his son and four other men when they decided to go night shooting. The groom started firing out of the pickup truck window as the group drove down a dirt road and he hit the 18-year-old riding in the bed of their pickup truck.

Pellets hit the teen's cheek, eye and arm, critically injuring him. He is now blind in one eye.

The groom was charged with third-degree assault with a firearm. He was released after posting $10,000 in bail.

The man faces assault in the third degree instead of a more serious charge because he is suspected of being criminally negligent versus intending to cause bodily harm to another with a weapon.

A person is guilty of third-degree assault if he:

Third degree assault is a Class C felony punishable by five years in prison, a $10,000 fine, or both.

Had the groom intended to shoot a member of his bachelor party, he could have been charged with first-degree assault with intent to inflict great bodily harm. A person is guilty of assault in the first degree if he:

First degree assault is a Class A felony, punishable by life in prison or a fine of $50,000, or both.

A person is guilty of second-degree assault if he:

In general, second degree assault is a Class B felony, punishable by 10 years in prison or a $25,000 fine, or both.

Regardless of the charges, everyone is entitled to a quality legal defense. If you have been arrested in Washington State, call Coleen St. Clair at St. Clair Law Offices (206) 578-2200 or contact her online.