An End to DUIs Through Free Ride Programs 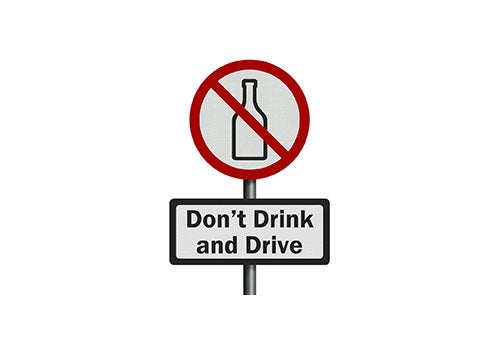 Imagine a night out in Downtown Seattle, celebrating with friends. Maybe you planned to take it easy, but somehow the night got away from you, and you realize you may be too buzzed to safely drive home. We have access to good public transportation, and ridesharing services like Lyft or Uber, but would a free ride home make the difference in choosing not to drink and drive?

The mayor of El Paso will be rolling out free ride program for people who have had too much to drink and need a ride home. The city's No DUI program was in place months ago, but was initially available only for limited times of the day. Mayor Oscar Leeser, wanted more, so he announced that the program would be available seven days a week, 24-hours a day. Mayor Lesser said that saving one life would make the entire program worth it.

After El Paso reached a deal with Sun Metro transit, and Sun City Cab Company, anyone who needs a sober ride home can call a local number that will connect them with the cab company for a free ride. With such a program in place, Mayor Lesser said there is now no excuse for any intoxicated driver to get behind the wheel. Prior to the program, the police department had a DUI arrest rate of about 200 people per month. It may be too early to see how successful the program will be.

El Paso's No DUI program follows a local nonprofit organization's program which provides a similar service. “No DUI El Paso” was started in 2012, and according to the founder Tyler Rouse, has served over 11,000 people since that time. Both programs are supported by the local chapter of Mothers Against Drunk Driving (MADD), who find that programs offering drunk drivers a ride home are a good resource.

Army Sergeant Brandon Wegner was stationed at Joint Base Lewis-McChord when he got the idea to start a non-profit to offer free rides to soldiers too drunk to drive. The problem is that while he was in Washington when he got the idea to do something about the surge in soldier DUI arrests, he was relocated to Hawaii before the program got started. Drunk Driving Prevention Program (DDPP) is available, with the aid of volunteer drivers, to individuals in Oahu, Ft. Riley, Kansas and Ft. Drum, New York. Sgt. Wenger hopes the program will be available at every military installation.

Many cities, volunteers and private companies offer limited free-ride service for impaired drivers, usually around heavy drinking holidays like Thanksgiving and St. Patrick's Day. A few years ago, a number of Pierce County tow truck companies got together to offer free rides home to drivers along with their cars. AAA offers a similar program, called a Tipsy Tow, and is available to members and non-members alike, but not in every state.

After a few California legislators were busted on suspicion of DUI, the state Senate decided a free ride program would be the answer. Unfortunately, the service is only available for state senators, and not to the taxpayers footing the bill for the service.

Resource options may be the key to lowering DUI rates. The rideshare company Uber took some credit for a decrease in Seattle's DUIs, citing the relationship between people's decision to drink and drive and the increased transit options. A free ride would be an additional travel option, that even the thriftiest of people couldn't argue with. El Paso has a population slightly larger than that of Seattle's 650,000 or so, and offers two free ride programs. Would a free-ride program work in Washington?