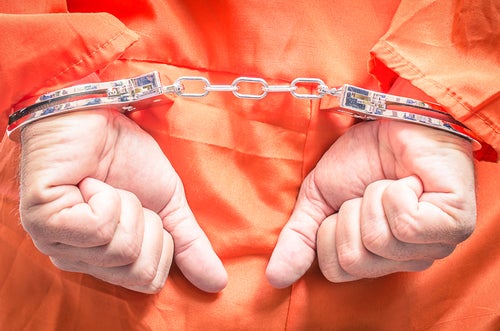 The American Civil Liberties Union settled a class action suit earlier this month against Benton County, Wash., over what they said was an “unconstitutional system for collecting court imposed debts.” Essentially, the ACLU argued, the county was running a “debtors' prison” where defendants who could not afford to pay court fees and fines were re-incarcerated. About 20 percent of inmates in the county's jails were serving time for nonpayment of fees.

The civil suit was filed last October on behalf of three plaintiffs who “suffered serious hardships” as a result of fees and fines imposed by judges without considering the defendant's ability to pay. All three were jailed or forced to do manual labor because they could not pay the legal financial obligations. As early as 2013, the Benton County prosecutor told judges and commissioners he did not agree with the practice.

In Washington State, costs incurred by defendants can include DNA testing, electronic monitoring, jury trials and room and board at the jail, according to a University of Washington study. Criminal offenders in Washington are charged a minimum of $600 in court fines and fees, and 12 percent interest starts accruing the day of sentencing and continues through the prison term. A National Public Radio analysis in 2014 found that one in four people jailed for misdemeanor offenses were there because they failed to pay court fees and fines. The practice may be impractical as well. Police departments report it costs about $65 a day to keep a person in jail for not paying their fines.

The average amount of fines imposed in a felony case in Washington is $2,540, according to a 2014 report by the American Civil Liberties Union of Washington and Columbia Legal Services. While people with money can afford to pay the fees and fines, jailing those who can't afford to pay “punishes people simply for being poor and brings little to no benefit to the government or the general public,” according to the University of Washington study.

The study also found that in five Washington counties, the enforcement and collection of fees and fines was arbitrary. In addition, superior courts in Washington can impose more than 20 different fees at a judge's discretion. Court clerks determine the minimum monthly payments.

Regardless of the circumstances, anyone facing charges and jail time has the right to a quality legal defense. If you have been arrested in Washington, call St. Clair Law Offices at (206) 578-2200 or contact her online.