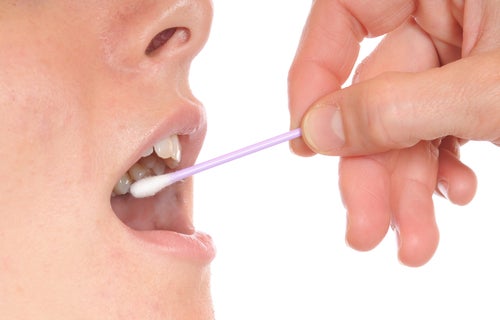 Driving while under the influence of drugs is on the rise everywhere, not just in states that have legalized marijuana, like Washington. This poses a logistical problem for law enforcement officials because roadside sobriety testing and chemical testing for drug DUIs is very difficult, if not impossible. The most common test for drug testing is the urine test, which cannot be done on the side of the road. States are looking for a better drug testing solution.

Michigan may have found the answer. The state is going to start testing an alternate solution to the urine test, the saliva test. New laws passed in Michigan will let law enforcement officials administer a roadside saliva test to drivers suspected of being under the influence of drugs during a traffic stop. State police will test out the new program in five counties around Michigan that will be chosen this summer. The pilot program will last for one year to determine the accuracy and reliability of roadside saliva testing and will begin sometime this year.

The saliva test is an alternative to the standard urine test. The saliva test is conducted by taking a small amount of saliva from your mouth and testing it for the presence of a number of different drugs. Specifically, a swab is swiped in your mouth for a few seconds then the sample is placed in a container for testing. The test is much simpler, quicker, and much less invasive than the traditional blood and urine tests.

The common drugs that are tested for in a saliva sample are THC (marijuana), opiates, cocaine, amphetamines, methamphetamine, ecstasy, and PCP. Medical professionals and testers have claimed that the saliva test is more accurate than the urine test because it can reveal whether or not a person has smoked or ingested an illegal substance up to 72 hours prior to the test. The saliva samples are analyzed using enzyme-linked immunoassy technology (ELISA), which is a proven method for drug screening and has been shown to be 60 percent more sensitive than urine tests.

Only time will tell about the true accuracy and reliability of the roadside saliva tests. If the Michigan test program is successful, roadside saliva drug testing could be implemented in more states across the country.

Any driver arrested for driving under the influence of drugs has the right to a quality legal defense. If you have been arrested in Washington State, call Coleen St. Clair at St. Clair Law Offices (206) 578-2200 or contact her online.